Something to Crow about 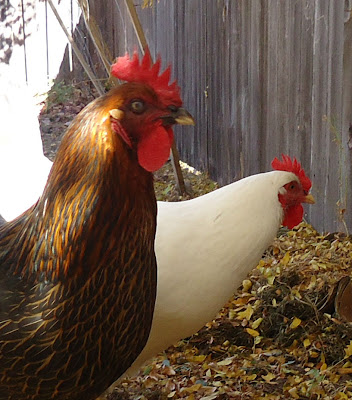 After getting the kids fed, clothed, and out to the bus stop, I get a few minutes to check email and drink my coffee in peace. Well, relative peace. We have two chickens in the backyard, and mid morning they both begin to crow! These are hens, mind you, not roosters. Apparently laying eggs is something worth crowing about.

Sunshine (White) and Midnight (Black/brown) came from the feed store in Kansas, and started laying eggs in August. At birth they were yellow and black, thus the names, pulled from the "rainbow layer" bin by eager little hands. That meant that we didn't exactly know what we were getting, except that they would be female. That's all we need, since hens don't need a rooster to lay eggs.


I think Midnight is a Black Star or Sex-link, and Sunshine must be a White Rock. They lay identical brown eggs, still small pullet eggs, but very tasty.

Their "Coop" is a modified dog crate. They have a light and a roost, but I think I need to add some height before they will use the roost. They lay in the back, right under the egg door.
This photo is looking in the egg door towards the chicken door. 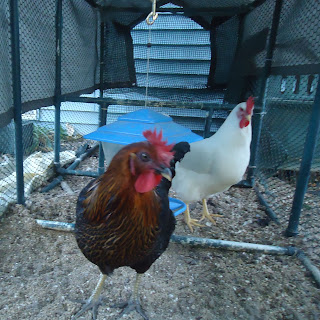 Outside the coop is the chicken run. the backyard is fenced and urban enough that predators are not a problem, so the PVC and plastic fencing is plenty to keep them in. There is a roof over half of the 16'x3' run, and the feeder is hung under the roof to keep it dry.

They really only get put in the run at night so they don't roost over the porch swing. (makes for a messy swing) I generally let them roam during the day so I don't have to buy as much food. They like hunting for bugs and greens.

If I let them out before they lay, they will go back in and lay in the coop. Good Girls! 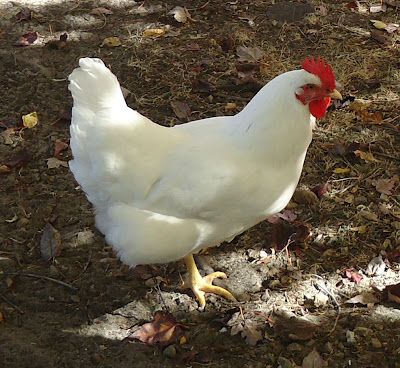 I suppose if I were to lay an egg as big as my head every day, I'd think it was something to crow about as well!
Posted by kris@thebigboat at 8:15 AM No comments:

Must be something about the 30th! I just noticed it's been a whole month since my last post. I must do better!

Fall is in full glorious color here in Minnesota. Just looking out the back door brings a glorious palette of autumn color. The trees are turning color, the pumpkin and squash are ripe and the apples are ready to be picked.

I made a bit of a Spring/Fall combination concoction for desert last night, a Apple Rhubarb crisp. I had a pint of rhubarb sauce leftover from spring, and some stewed apples from a breakfast a  few days past. Those went into the sauce pot to warm with a bit of corn starch for thickener. A basic crumble of flour, oats, butter and sugar went in the bottom of a 9x13 pan, hot sauce on top, and all into the oven to heat through.

I put some sage, hops, and lavender in oil to steep for a week or two, in hopes of a "Dream Catcher" themed lotion bar in the future.

May all your dreams be sweet, and your apples free from worms!
Posted by kris@thebigboat at 5:38 PM No comments:

Early this Monday we got new trash cans, the big ones with two wheels that the trucks pick up with mechanical arms. My kids thought it was the most exciting thing since the invention of the cardboard box! 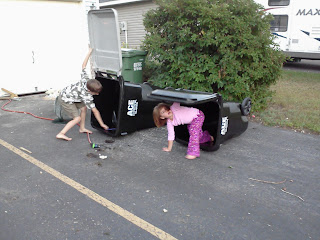 The bins are bigger than most boxes, and don't fall apart when you climb into them! The first thing they became was "transporters"! Climb inside and you can go to Grandma's house in Kansas, then down to Cousins in Texas and back home, no long boring car rides to endure! 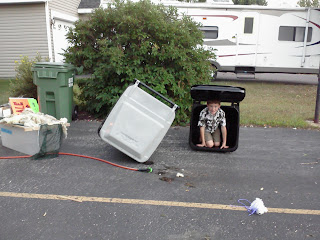 The transporters work on stuffed animals too! The bins are so big that the kids can hide in them, hide stuff in them and just have a grand ol' time playing! Too bad we'll have to use them for trash and recycling some day soon!

At least we don't seem to run out of cardboard boxes and empty peanut butter jars around here, since those are the containers of last resort for animal transport/housing/whatever.

Give a kid a cardboard box or two, and a roll of masking tape, and see what appears!


Posted by kris@thebigboat at 10:58 AM No comments:

The shop is up! I started with a little show down in Hastings, and followed up with the Annual Blue Heron days in my hometown of Lino Lakes, MN. 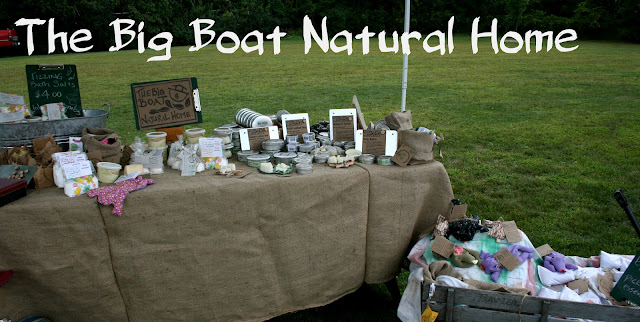 Blue Heron Days include a parade, a business expo, bounce-houses, and other fun things. I set up for the Business Expo. I had fun getting all the stock ready, labelled and set up.

Now I'm getting things into the Etsy shop, and setting up shop at Poppy Swap.
Here are a few pics I'm getting up: 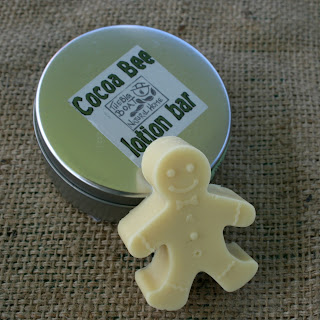 Big Gingerbread boys, ready for little hands and legs, and grown-ups too! This big tin is a good 4 inches across, and has room for all my fun shaped lotion bars. 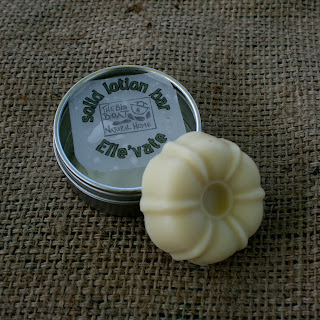 Elle's favorite Rosemary scented bar, I like this size tin the best, it's just about 3 inches across. 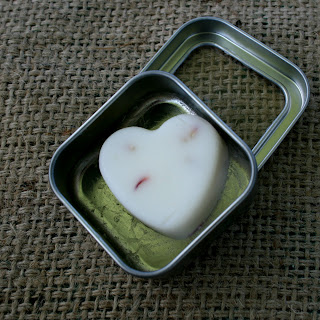 Sweet little hearts in geranium. These tins are the smallest, only an inch and a half or so, but they hold plenty, and fit in a pocket.

Check out the shop: Etsy, and see what more is in store!
Posted by kris@thebigboat at 7:14 AM No comments:

We are all aboard

The Big Boat we like to call the Earth! Come with us as we float along, making the most of every day, crafting cooking, praying, growing!

kris@thebigboat
Teacher, mother, preacher, wife. Riding through life on God's big boat, trying to make sense of it all.